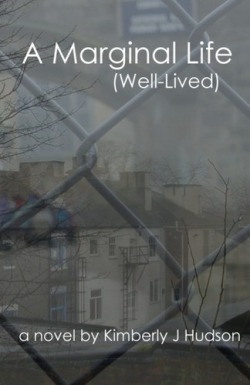 Burke Wilson is destined for something. He just doesn't know what it is.

At seven years old, Burke Wilson awoke to find his mother has passed away during the night and his tiny flat is full of people he hardly knows. In the absence of his neer-do-well father, he is bounced from one family member to another, none of them particularly keen on caring for such a strangely adult young boy.

At the age of twelve, after passing through the hands of nearly relative he has - all of them virtual strangers - he finally manages to stay in one place. Shunned by his schoolmates and doomed to loneliness on the margins of his family, he is stunned when another new student, Raechel Gary asks him for a kiss on the library steps on a dare.

Against his better judgment, a friendship is formed and before long, Burke is convinced he's found his true, unconditional love. If only Raechel felt exactly the same. When one more move looms large in Burke's future, threatening to take him away from the closest thing to a family or a love he's ever known, he turns despondent and reckless.

A single tragic encounter with the town thugs devastates and shames Burke into fleeing before his uncle can send him away. He assumes a new name and hides his identity and past for fear of being returned to his family, finding love and acceptance along the way.

As time passes, however, he is unable to erase the memories of Raechel and her family, the only people who ever truly seemed to love him

And one night, against all his wildest hopes and fantasies, he finds himself opposite the girl he loves...

All material contained on this site is © Kimberly Menozzi and is not available for reprint without express written consent or permission.